Are You A Creative or A Critic 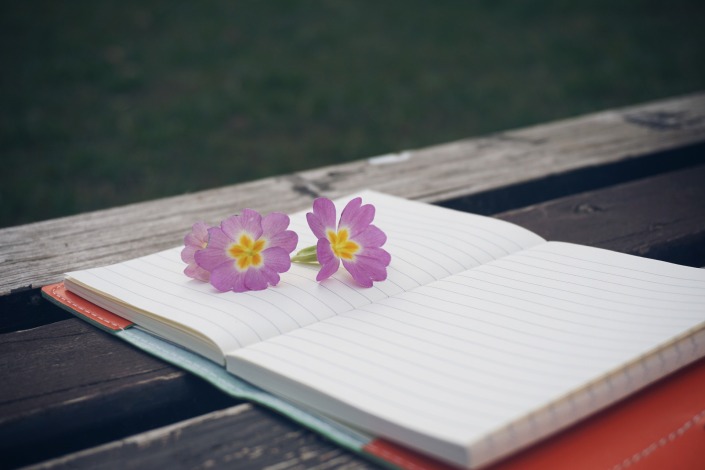 Are you one of those people who can be seen typing furiously in response to a youtube video or a facebook post? Do you have fifteen one-star reviews on amazon because some things just don’t match up to your expectations? Are you always disappointed by the books and movies you consume, always giving people within earshot a piece of your mind? Are there people within earshot left given how much you complain about everything?

And it really hit me how most of the people I come across are critics,and yet it is true their creative output wavers around the zero line. They complain about how everything is horrible or has room for improvement. And funny enough they are the ones who are more likely to care so much what others think about their lives.
But if you’re a creative, you’re too busy learning your craft, and producing work to leave a comment on someone’s youtube channel. You’re too busy producing work to care what other people’s response to it is. You’re too busy ignoring your inner critic — and your outer critic…

And yes, maybe there is room for critics in this world, since after all, reading reviews before spending time and money on a book or other piece of art is not a bad idea, but does the critic have to be you? There are many critics in the world already…give them space to work while you work on your own art.

So which one are you? Decide today; are you a creative or a critic?
Let me know on social media, by tweeting @ahechoes #CreativeOrCritic and if you like this post, support the work by sharing it on Facebook  and like the facebook page; https://www.facebook.com/AH-Scribbles-1699410536954329/
Also, check out my short story collection, “All Bleeding Stops and Other Short Stories from the Kenyan Coast,” and the non-fiction book summarizing a lot of ideas in the personal development field if you want to change your life but don’t know where to start, “Mine your inner resources”.

The Sky Isn’t Always Blue and Other Things

Once in my previous job, one of my colleagues used to complain about the lack of blue skies in the region…He flew from South Africa to the Gulf region, what did he expect in a world where summers get so hot, Alarabiya news once reported a video showing people frying an egg on the road? Of course, the sky isn’t blue because the hot sun dispels the blueness out of it.

But we stereotype for a reason; it makes our lives easier. If we didn’t stereotype, we’d always study a new design of a door knob suspiciously wondering what it was. But we understand that due to its location on a door, that thing is probably a door knob not a door blob.

The danger happens when we extend this stereotyping to people, putting them into tiny, tiny boxes and labeling these tiny, tiny boxes using tiny, tiny words. Because if we look at ourselves, we are very complex beings. Yet we fail to acknowledge the same thing about others. They’re either good or bad, kind or evil. We would like to believe we know how we would behave in a particular situation, and yet the truth is, we don’t know unless we find ourselves in that situation.

The other day I came to the realization that I don’t like overly sweet/friendly/perfect people. My first reaction is, what are they trying to hide? My second reaction is to run the other way. During one of our psychoanalytical sessions, I realized I’ve been burnt by this personality more than once. In front of your face they’re all sweet and friendly. Behind your back, they’re totally different people. And I end up feeling stupid because I ask myself; how did I not see it coming? But that’s blatant stereotyping over there and maybe I need to change that about myself.

In uni, we had a professor who would say this whenever we would complain towards the stressful end of a semester, “Now you’re in the middle of the storm, and your point of view is distorted. You might change your mind about this once you’re out of the storm.”
So here’s a conclusion; As much as we would like to simplify things and pretend to be rational beings, we’re not. We’re complex beings who experience the world in totally unique ways. As I mentioned in “Reflect on Your Defining Moments”, we’re the triple integration of our personal values, experiences and social conditioning.

And that the sky is not always blue.

If you like this post, support the work by sharing it on Facebook  and like the facebook page; https://www.facebook.com/AH-Scribbles-1699410536954329/
Also, check out my short story collection, “All Bleeding Stops and Other Short Stories from the Kenyan Coast,” and the non-fiction book summarizing a lot of ideas in the personal development field if you want to change your life but don’t know where to start, “Mine your inner resources”.

Also subscribe to the weekly newsletter on my main blog; http://ahscribbles.com

A friend of mine voiced this fact once… “I have to fight for every little thing in my life…my family…my weight…my husband…my health” (she survived cancer).

But maybe she doesn’t see it in herself; she’s one of the kindest, strongest, most fascinating people I’ve ever met in my life. And I find myself thinking that sometimes our struggles exist to help us grow into the strong, compassionate people we’re supposed to be…As Srini Rao — author of Unmistakable — says occasionally in his Unmistakable Creative podcast, “some people go through post-traumatic stress, while others go through post-traumatic growth.”

This in no way or shape diminishes those who go through post-traumatic stress, but it also shows that pain and stress aren’t always the only thing waiting at the end of that long tunnel of life’s struggles. Sometimes what lies there is a sense of growth, wisdom, peace, and the inner security that you can handle hard challenges.

“What doesn’t break you makes you stronger,” is a cliche for a reason…Challenges build your resilience, your threshold for pain, your attitude in life, your support system. They also give you a chance to be grateful when you’re not facing a challenge. So don’t dismiss them just like that, as they appear in your life for a reason.

This is a reminder for myself more than others.

What are your thoughts on this? Feel free to leave your comment below and tweet me @ahechoes

If you liked this post, like the FB page, and subscribe to the mailing list on http://ahscribbles.com/
Also, check out my short story collection, “All Bleeding Stops and Other Short Stories from the Kenyan Coast,” and the non-fiction book summarizing a lot of ideas in the personal development field if you want to change your life but don’t know where to start, “Mine your inner resources”.

How Do You Eat Your Cereal? A Post on Individuality

As a Kemeni girl in the UAE, I never felt like I truly belonged. When I brought mahamri to school, I felt embarrassed because none of the other kids brought mahamri to school. They would get sandwiches and crisps and Capri-sonne. I was sure they had no idea what that strange dark bread that dark-skinned girl was eating. Summers in Kenya were not any better. I didn’t fit in there either, even though they were fully aware of what mahamri was.

What I regret most from those days is that I spent so much mental and emotional effort trying to fit in when I could have spent it to stand out. In Linchpin, Seth Godin writes, “For hundreds of years, the population has been seduced, scammed, and brainwashed into fitting in, following instructions, and exchanging a day’s work for a day’s pay. That era has come to an end.”

I agree with him; “fitting in” is so yesterday. Nowadays, we live in a post-globalized world where social media has helped melt borders and introduce cultures to one another. And while many people might be tolerant towards intercultural differences, there are still some who are really hung up on keeping their own culture homogeneous so they try to destroy the concept of individuality. In other words, just like you’re born in the tribe, you’re supposed to eat, talk, think and behave like the tribe.

But that’s practically impossible, because we’re all unique. Take an example, ask everybody you know,

“How do you eat your cereal?”

You would expect the answer to be; with cold milk, but that’s not always the case. I’ve met people who never outgrew their love for baby food and like their cereal soggy with warm milk. Others have it with no milk. Then there are those who are sequential eats; they eat the cereal, and then wash it down with milk.

We may have gone to the same schools, hung around the same people, but we all experience the world differently. So today’s post is about celebrating your individuality; a skill that needs to be honed more in our Asian & Middle Eastern & African (AMEA) societies. Here are five practical ways;
5) Mix languages in a unique way. Some people are serial linguists; they use one language per conversation. However, many people in this part of the world are multi-lingual so be unique and mix words from different languages in a single sentence. Speak 3arabenglish for a while. Or as they say in Swahili goes, shoofil qurabu fog ilmabamba.
4) Engage in hobbies you enjoy around people who don’t. Sometimes, we hide our interests and hobbies in order to fit in, because we’re scared of the strange glances and the whispered comments, but we need to be comfortable with those “you’re so weird” glances. And in case you’re looking for a comeback to those who call you weird, you might say, “I’m not weird. I’m just unique.”
3) Be brutally honest. Even if it pisses people off. Especially if it pisses people off. Try talking to conservative aunties about ideas related to feminism and watch the fireworks. After some time, you might even start enjoying pissing people off.
2) Learn to say no without giving any reasons. Many times, we want to please others and end up saying yes to requests we would rather say no to because we’re trying to be nice. While it’s very easy for people to take things personally if you deny them requests, life has taught me, they just get over it and find someone else to do those things. And if someone really resents you for saying no, then – hint, hint – you don’t need such people in your life. So exercise in front of a mirror.
“No.”
“Why?”
“Because I simply don’t want to.”
1) Be tolerant of other people. Mocking others for being different and judging them is just a sign of a closed mind. It cultivates the sort of environment that makes people bury their authentic selves, hide beneath masks and basically stamp on their own individuality. So basically, celebrate your individuality by allowing others to celebrate theirs.

So what are you going to try today to celebrate your individuality? Whether you decide to mix languages in a unique way, become brutally honest, engage in hobbies you enjoy around those who don’t, say no without giving any reasons or practice tolerance towards others, try it and tweet me on @ahechoes. Also don’t forget to tell me; how do you eat your cereal?

Also, check out my short story collection, “All Bleeding Stops and Other Short Stories from the Kenyan Coast,” and the non-fiction book summarizing a lot of ideas in the personal development field if you want to change your life but don’t know where to start, “Mine your inner resources”.