Are you left-brained or right brained?

The other day a friend of mine pointed out that a study came out announcing that the whole “logical-analytical-people-are-left-brained-creative-people-are-right-brained” was a myth.

It turns out that the myth originated from Roger Sperry’s 1960 research, which involved studying epilepsy patients who were treated surgically by cutting the brain along the corpus callosum. The consequence of that was the left and right hemispheres could no longer communicate so “Split Brain” experiments were done to determine which parts of the brain were involved in different functions.

All good and well.

Until popular culture decided to spread the idea that people in the science field tend to be more left-brained while creative artists tend to rely on their right brains more.

Then the fMRI entered the scene and helped debunk this myth due to its ability to map neural activity. In a study published in PLOS One journal [1], scientists studied the scans of patients and concluded that the patients were inclined to rely on one half of the brain more than the other.

So now if someone asks you if you were left-brained or right brained, you can confidently answer, “whole-brained” though how others might understand it is a totally different issue.

[1] An Evaluation of the Left-Brain vs. Right-Brain Hypothesis with Resting State Functional Connectivity Magnetic Resonance Imaging 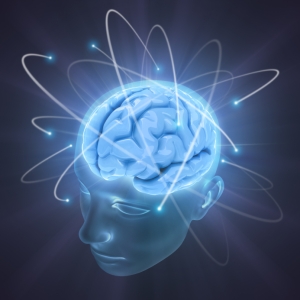 One thought on “Are you left-brained or right brained?”

whole-brained sounds awesome. honestly i always thought myself to be right brained coz am an artist……i just did not have supporting proof of it. am actually gonna ask my favorite sheykh on the same, hopefully he will point to a dalil in the Quran or Sunnah…….thanx for the article though, am @ akhymjanja.wordpress.com.good day!