It’s been a while since I blogged, so as I sit here having my yoghurt with honey, I thought of posting one of those random ramblings just in case something useful comes out. One thing about bloggers is that when they take a hiatus, one thought keeps nagging at the back of their minds, “You haven’t written in two weeks, so your next post must be WOW! It must ROCK!” That thought puts more pressure on them and naturally extends their break, because whatever they write – or half-write – isn’t good enough for a post, and so they’d rather not publish it. I have to admit that I can be guilty of that as well. But one way to face the resistance is to just aim at publishing a bad post. Not horrible. Aim for mediocre. Just don’t aim for perfect. That way you’ll break the hiatus, overcome inertia and -hopefully – gain momentum.

I guess this is today’s message. From the short length of this post to its incomplete title, my message is, “Don’t be perfect, just try your best and you’ll be surprised.” 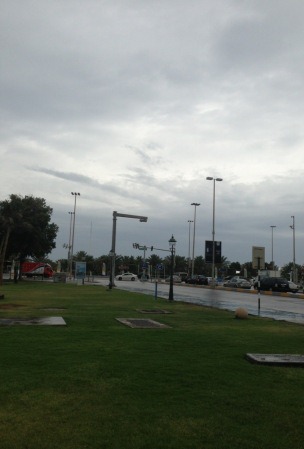 A lot of times we go through experiences that tend to upset us or haunt us. While they may not be entirely traumatizing, they can be really clingy. Take for example embarrassing moments that we can’t seem to forget about or people who’ve deliberately walked out of our lives we don’t seem to let go of. So today I made up a recipe for writers on how to make the best of those situations.

1 stick of facts (or butter)

1 cup of imagination (or sugar)

½ cup of characters (or all-purpose flour)

¼ teaspoon of conflict (or baking powder)

¼ teaspoon of theme (or salt)

1)     Start with the facts. That’s as essential as the butter-sugar-vanilla mixture when one is making brownies. You can just list the chronological order of the incident as bullet points but at the beginning just stick to the facts.

2)     Speculate. Add your speculations and judgements. Realize that while the details of the incident may be laid out as facts, a lot of how feel about it comes from our pre-conceived notions, background and experiences. During your speculation stage, try to look at the incident from other point of views, and challenge any assumptions you might have made about it. In other words, beat them together the way you would beat the eggs.

These first two points deal with the plot of whatever story you’re going to write out of the life incident. Next we move to the rest of the story.

3)     Draw up characters and give them names. The thing with us writers is that sometimes we don’t really understand a situation until we put it down on paper. It’s true we tend to think of paper.

4)     In the case where we’re turning this incident into a work of fiction, this is the point where we add elements that would fluff it up a bit the way the baking powder would. But since stories have to have setting and themes, you have to add cocoa and salt to the baking powder and stir together.

5)     Get into the zone the way a baking pan would get into an oven heated to 350 oF. Call it the creative zone, call it whatever…Let the story grow its own legs and take you in different directions if it must. You might start at a true-life incident and end with something that you would never do in real life, but would fill you with satisfaction.

And by that, you might have a story that was inspired by a clingy incident, and you would realize why the incident was so clingy in the first place (maybe its purpose was to act as inspiration for a piece of art and it wouldn’t let you go until you wrote it). Also whenever the incident comes up, you’ll end up thinking about your piece of art, and you might be so consumed by the piece of art to be bothered by the real incident.

Alternatively, just use the recipe between the lines, bake some brownies and enjoy eating them.

Love of my life, really?

When I hear someone saying “She’s the love of my life,” the first thing I imagine is an eighty-year old couple sitting at the back deck on rocking chairs, watching the sun set and drinking hot tea, not a newly formed couple. How do you know things might not change? Nowadays love is a word that is being overused a lot. Besides that, things and circumstances change so that the intensity of love could change, and it’s only if that love endures so many experiences could someone crown another with the “love of my life” title. So in my opinion, love is not defined as love unless it’s gone through many tests and remained unscathed. Love is not a word, it’s represented by a series of mawaqif (or situations not the parking space) in which someone wouldn’t translate it as being anything else other than love.

For instance, in a famous experiment, a group of professional posted “What does love mean?” to a group of children, and these are some of their answers.

1) “When my grandmother got arthritis, she couldn’t bend over and paint her toenails anymore.  So my grandfather does it for her all the time, even when his hands got arthritis too.  That’s love.” Rebecca – age 8

2)  Love is when my mommy makes coffee for my daddy and she takes a sip before giving it to him, to make sure the taste is OK.” Danny – age 7

Or it’s someone going to visit his wife at an elderly center and talking to her everyday even when she doesn’t remember who he is because of Alzheimer’s.

So yeah, it’s a series of mawaqif and not a word to be thrown just because it’s what the girl wants to hear. So going back to the “love of my life” description. A more accurate phrase could be “she’s the love of my life at the moment (or until now)”. Can you imagine a guy telling a girl that? That would totally drive her crazy and have her follow him with a frying pan to his head. “What do you mean until now?”

*Sorry honey, I’m just trying to be accurate because I don’t know what tomorrow might bring*

So yeah, of course, everybody plays it safe by omitting those extra words, “at the moment – or until now”. But then let’s say it doesn’t work out as we discussed earlier in Marriages that don’t last. The girl will be hung up on, “But he said that I was the love of his life!”

*if he had said, you’re the love of my life until now, you would have followed him with a frying pan, what to do?*

I guess that’s just something that’s been on my mind today.

This entry was posted in Heart and tagged heart, Life, love, Poetry, relationship.

So the other day my friend and I were having this discussion about whether introverts are more self centered than others. The initial conclusion is yes we tend to be self centered because we spend so much time alone that we can’t help but love our own company which basically translates into a high degree of self-centeredness. We care more about what we do, who we spend time with, what we like and dislike because we spend most of the time with ourselves.
But if you really look around, most people are self-centered. They always try to tune to , WII-FM (what’s in it for me). The only difference is in the degree of self-centeredness. Some people are more concerned with themselves than others. Then you have other people who exhibit their self-centeredness in different ways. Take extroverts for example. A lot of extroverts love the attention on themselves. They go out with many friends, are surrounded by a crowd, etc etc etc. In order to have their brains overstimulated enough, they seek out experiences that shines the spotlight on -who else- them?
While introverts would exhibit their self-centeredness by not giving other people the pleasure of their company and enjoying their own solitude, extroverts exhibit their self-centeredness by hanging out with more people, which is why the general perception is that extroverts are not so self-centered.
Am I even making sense? What do you think of the topic? I would really like your opinion on the topic. 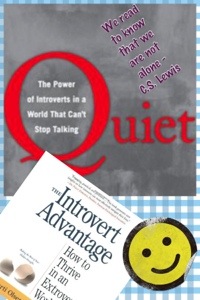