Blink.
The first ten nights sprinted by.
Blink.
The next ten zoomed by.
And before we know it, the last ten days would have flown by in’shAllah.
Time is traveling so fast nowadays. The mid-ten days of Ramadan saw people relax a bit since the enthusiasm at the beginning of Ramadan began to burn out. But I hope any relaxation is only to recharge for the last ten nights.

I’ll probably post another note on Laylat-Ul-Qadr, but today I want to highlight an important thing; developing an attitude of gratitude in our lives. Think about it, we complain a lot in life. We complain about the weather and the traffic. We complain about the people in our lives. If there ever was a Barometer to measure the number of complaints in the atmosphere, it would probably blow up because of the collective complaining that we do as a society.

So it’s essential to develop an attitude of gratitude and make it our default state; during Ramadan and after Ramadan. It would work as a fortress against the Complaints pollution that we are surrounded by.

A few tips are as follows;

1) Start a gratitude journal – you can call it the “Alhamdullilah” journal. The concept has been around for quite some time, but it’s worth spreading. Your journal can be a physical notebook or virtual (the Evernote application on a smartphone), but the idea is to spend as little as five minutes a day recording the things that you appreciate in your life. Trust me, there are a lot of things that you should be grateful for. 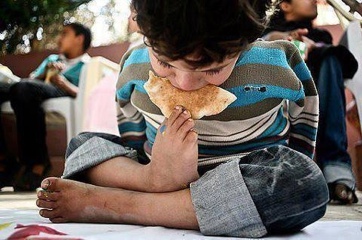 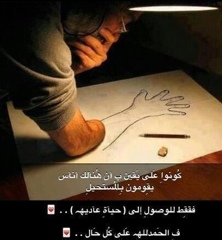 2) Spread the gratitude attitude. Whenever somebody complains around you, don’t go with the normal, “I know. It’s sooo annoying.” Instead, respond with, “But look at the bright side. It’s better than…” Let them call you the “But Look at the Bright Side” person. It’s a label worth having.

And the best thing is once you start working consciously on developing such an attitude, it becomes second-nature very quickly because there are just so much that we should be grateful for.

Hadeeth of the Day

The Prophet (peace be upon him) used to pray so much that his feet used to become edematous or swollen, and when he was asked as to why he prays so much, he would say, “Shall I not be a thankful slave (to Allah)?”

4 thoughts on “Attitude of Gratitude”

starting a gratitude journal 🙂 i will take you up on that.

[…] written about this in “A Lesson in Gratitude” and “Attitude of Gratitude“. Since self-doubt tends to stem from a position of scarcity, where you tend to think you […]